Broken Arrow, OK, 7/21/22:  Gatesway Foundation, a non-profit Oklahoma agency providing specialized services to adults with developmental and intellectual disabilities (I/DD), announced that they have added a new member to their Board of Trustees.

Gatesway is excited to announce the addition of Lynn Lugibihl to the Board of Trustees for the foundation.  Lynn Lugibihl is a retired lawyer having practiced for 20 years as a prosecutor and later as a private litigator in the law firm, Barber and Bartz.  She subsequently served the Osage Tribe as an Administrative Law Judge hearing employee complaints.

She currently advocates for and teaches her adult son who has Down Syndrome.  In addition to having Down Syndrome, her son faces additional health challenges posed by inflammatory processes.

At 18, her son became an Eagle Scout without utilizing the “special accommodation” path, served as President of his 4-H club and worked as a “ball boy” for the Jenks football team as a Senior in high school.  He recently attended NSU as a student participating in the Riverhawk Scholars Program.

As her son’s Habilitation Therapy Specialist, Lynn pursues continued growth in her son’s development advancing not only his health but his capacity to gain independence.  She provides and seeks opportunities for him to learn how to independently shop at local stores and work as a volunteer at a local gym.

To enhance social and spiritual development enjoyed by her son and others, she hosts a weekly bible study.   In the past, she has hosted several education classes in her home including a week-long camp teaching students with special needs to read and cook.

She enjoys teaching her Sunday school class at the Kirk of the Hills where she has been a member for over 35 years and served as a Deacon.  She received her Bachelors of Science degree in duel majors of Economics and Political Science at Oklahoma State University and her Juris Doctorate from Washington University in St. Louis, Missouri.  Every now and then she enjoys picking up a golf club and/or a fishing pole. 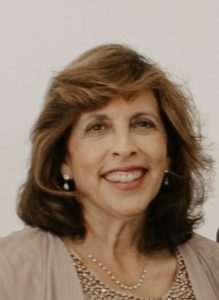 About Gatesway Foundation, Inc.:  Gatesway is a non-profit Oklahoma agency that encourages independence and provides opportunities for people with intellectual disabilities to enable them to live and work in the community and improve their quality of life.

Anyone interested in volunteering or wanting to learn more about this and upcoming events is encouraged to email Kristina Watkins at kwatkins@gatesway.org