There have been many great women that have done many great things. This is how one ordinary woman who began with not much more than sheer determination and love for her son changed and is still changing so many lives.

Helen Gates, the founder of the Gatesway Foundation, was born in Brooklyn, New York, in 1912. She had a large, loving family and said one of her best memories from childhood was the whole family gathered around the piano and singing.

When she was twenty, she married a man who worked on the island of Aruba and lived there for the first eight years of her marriage. This allowed her to travel a great deal and meet people from many different parts of the world. During this time, she gave birth to her first child, Ronald (Ronnie) Lee Gates, in 1933. It is often said that a mother's love knows no bounds. But Helen Gates exemplified this sentiment. While they knew Ronnie was different, it wasn't until years later that doctors in New York diagnosed him with Down Syndrome.

As her family grew, she had another son, a daughter, and another son.  Helen quickly realized that having a developmentally disabled child meant she always loved him and learned to live with him and accept him, then explain his condition or apologize for him to others. She felt the sting of the stigma from other parents and witnessed how cruel other children could be – even to Ronnie's other siblings.

When they returned to the United States, they frequently moved since Helen's husband worked for the government. They lived in New York, New Jersey, Philadelphia, Washington D.C., Houston, Louisville, and Chicago before coming to Tulsa.

Jack Gates, Helen’s son, recalls the building in Brooklyn where many family members lived – aunts, uncles, cousins- being a 4-story building in a beautiful neighborhood and he has many fond memories of visiting as a child.

No matter where they moved, few schools, community services, or resources were located in the United States for families like Helen's – the options for people in Oklahoma with intellectual disabilities were limited to state institutions or geriatric nursing facilities. The facilities were large and provided little if any, training opportunities to encourage friend growth.

Jack, Helen’s son, also recalls driving with his mother and siblings to visit Ronnie each summer, an 800 mile trip each way.

As time passed, finding options for Ronnie became even more challenging, and Helen constantly worried about who would take care of him after she was gone. 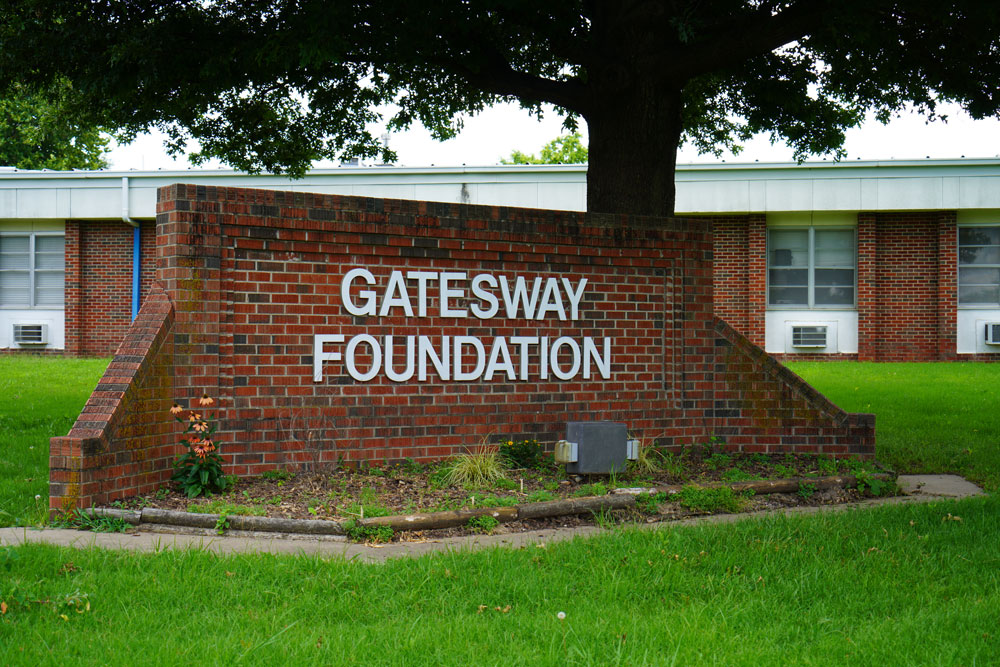 Helen wanted to ensure that Ronnie lived under better circumstances, which lead her to start studying vocational rehabilitation and begin pursuing other education and certifications that could help him and others with similar circumstances. She believed that regardless of the disability, anyone should be able to live and work in the community.

Once in Tulsa, Helen helped develop Sunnyside School and started a Vocational Training Center at Children's Medical Center and was its director for about five years until she started the Gatesway Foundation in 1963.

Helen’s mission through Gatesway was to “establish and maintain programs that improve the quality of life and independence for a once forgotten sect of our society,” and that is still its mission today.